A short history of the Red Thread

The Red Thread was founded in 1985 by (ex) sex workers. Its mission was a better social position for all sex workers who were active in the Netherlands. Sex workers have always formed the core of the organization. The Red Thread had a turbulent history of successes, disappointments and financial problems. 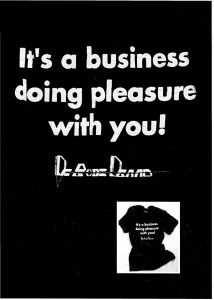 T shirt of the Red Thread

In the Netherlands the movement started with ‘Violet’. In the beginning of the eighties she campaigned in the Netherlands for recognition of sex work as labour by comparing it to welfare work. She dared to do what almost nobody had done before: describe prostitution as a form of labour. For decades it had just been considered deviant sexual behaviour.

All this changed after an important conference on sexual violence in 1982. This feminist conference took the stand that prostitution was labour. In 1983 the then State Secretary repeated this view in an official report.

About a year later a group of sex workers had formed a rap group. On January 17th 1985 this group was transformed in the Foundation The Red Thread.

The scholar and activist Gail Pheterson, who was at the time living in the Netherlands had suggested the name for the organization. She was inspired by the American novelist Nathaniel Hawthorne who told the tale of a ‘sinful woman who was forced to mark her clothes with a scarlet letter, embroidered with a Red Thread. The Red Thread was also a symbol of a connecting element between women (and later male sex workers).

Very soon after the foundation of The Red Thread was a fact, the World Whore Congress was held. (1985) Almost simultaneously Gail Pheterson and Margot St. James of Coyote – a sister organization of the Red Thread- founded the International Committee for Prostitute’s Rights op. (ICPR). This ICPR organized a second World Whore’s Congress that took place in the buildings of the European Parliament in Brussels.

In 1987 the Red Thread got funding from the Ministry of Social Affairs. Almost overnight sex workers had to set up a formal organization, with an office and design a public relations policy and formulate points of view about various controversial issues. All sorts of institutions asked the Red Thread its opinions on standards for prostitution businesses and local politics. The stigma was sort of reversed: sex workers were from ‘uneducated women’ romanticized into all-knowing entities with every possible skill: the writing of policy reports, speaking in public and handling the media. This put a lot of pressure on the organization.

There was moreover the growing impact of the aids crisis. Sex workers were at risk of being labelled a main source of the spreading of the disease. The Red Thread however managed to ward this off – as sister organizations also did- by profiling sex workers as the experts on condom use.
The Red Thread made a glossy magazine that soon was replaced by a cheaper magazine Vluggertjes. A website replaced it by the end of the last century.

In Amsterdam the Red Thread women distributed stickers with the text No Pictures in order to notify tourists that the sex workers did not appreciate the ubiquitous camera’s. Anno 2016 they still can be found in the Amsterdam Red Light District.

The sticker is still there

The organization of meetings in these years without mobiles and internet was not easy. Some newspapers refused the ads because they contained the word ‘whore’. It was also difficult to recruit volunteers, because sex workers could not include this relevant working experience in their resumes.
In the early nineties a crisis erupted when a small group of sex workers broke away from the Red Thread and started a separate organization. They were for instance not happy with the fact that the Red Thread was a foundation without membership. They formed a union with membership.

This problem and the demands of the sponsors called for a reorganization. The lump sum funding by the government had stopped. It had to become a semi-professional organization which had to implement its goals by specialized well- described projects. More professionals were attracted to carry through the projects. Mostly they were projects for certain groups of migrant sex workers. The Red Thread tried to hire as many sex workers as possible to manage the projects.

The Red Thread lost its character as a volunteer led organization. But still there was the ongoing trend to unionize and become an organization with members. Government funding for the trade union activities was not possible, since the authorities considered this a typical non- governmental affair. So the unionizing became purely a task for volunteers.

Since the nineties there were contacts with the Red Thread and the largest trade union in the Netherlands: the FNV. In 1999, on the eve of the decriminalization operation, the contacts became more intense. It was decided the Red Thread would become an independent trade union and the decision to merge with FNV would be postponed. Metje Blaak became its spokesperson.

Membership proved to be a problem. Potential members feared loss of anonymity and only wanted to subscribe when the Rode Draad would be able to solve complex problems on the spot.

As a project organization the Red Thread continued and achieved some successes. Since 1997 these were:

Working relations appeared on the political agenda. Due to the Red Thread’s many contacts with sex workers it could adequately point out the problems in the working places.

The Red Thread wrote some well-cited reports, produced informational material and built up a large network. Funding remained a continuous problem. That made it almost impossible to hire and train new staff members. In 2010 the national funding stopped and the large cities took over. But they set the conditions which forced the Red Thread to compromise its principles. This lasted till 2012 when the Red Thread after 27 years of its existence was declared bankrupt.