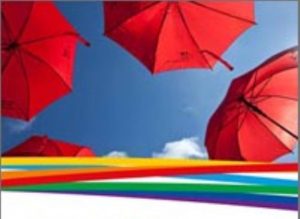 Comment on the „Final Report of the International Comparative Study of Prostitution Policy: Austria and the Netherlands,

First of all I would like to express my appreciation and respect for the results of this project. As I am a bit familiar with the analysis of prostitution policy, familiar with international research and the Austrian policy debates I am convinced that the insights given by this report, the knowledge generated with this research are innovative and important for both, for social science research on prostitution and gender equality as well as for policy-makers. The project is remarkable with respect to several dimensions, which I will address in the following. I was asked to focus in my comment on the impact of the study for policy-making in Vienna/Austria and the question of gender equality. To do so I ill stress several unique features and dimensions of the study.

1.) The project has a so-called “post-adoption approach”. This means it focuses less on the process of policy-formulation and the political and media debates, which accompany the amendments of laws and the creation of new policy measures and instruments. This is what the majority of former studies on prostitution policy does, including my own work. Different from that this it aims at understanding how laws and regulations are implemented “in reality”. The project asks why “good” laws and instruments have un-intended and harmful effects on sex-workers rights and the project moreover asks how and why “bad” or unclear laws and regulations make the work of stakeholders and administrators – for instance Police, civil servants and NGOs – difficult. – With this focus the project generates sound insights into how the policing, the regulating of prostitution works on the ground in Austria and the Netherlands. This is even more important as prostitution policy is different from other policies – I will go deeper into this later.

2.) Moreover I want to stress that the study has an important focus in studying the implementation of prostitution policies in the two countries: the focus on those who are affected most by the regulations: the mainly female sex-workers. This focus is grounded in a specific approach to prostitution policy: Policies should protect and safeguard the rights of the most vulnerable group in the sex-market – the sex-workers. Here, the project takes a clear position in a very contested field. However, the project does not take a moral position but grounds this perspective in empirical research on policy implementation. While the controversial ideological and moral debates on prostitution range from a “sex work”-approach to an abolitionist approach which suggests to abolish prostitution for instance by fining clients this project avoids these moral standpoints and argues with empirical evidence – and this is that sex-work is a capitalist market of sexual services which needs regulation. The role of the state should be to protect the rights of all actors in this market – and again, it should protect the most vulnerable group – and in the case of prostitution these are the sex-workers. So, one lesson to learn from this study is that protecting the rights – working conditions, safety – of sex-workers can not be achieved by creating precarious or black markets through for instance criminalizing sex-worker nor their clients. The report suggests that effective prostitution policies need a clear commitment to the rights of sex-workers.

3.) This brings me to a third point which the project is focusing – the evidence based policy making and policy implementation. Debates in political science stress the necessity to base policies on “evidence” – not on unclear assumptions, on fear, on prejudice, on ambiguous emotions. The latter is often the case in all gender policies. And it is especially the case for prostitution policies. The project here convincingly argues that prostitution policy is “moral policy”. This makes it different from other policy fields. Moral policies are characterizes by the fact that morally charged frames and assumptions guide the implementation of measures. However, these frames and assumptions very often disguise reality, the everyday life, the needs of sex-workers. This is on one hand an explanation for unintended policy outcomes and on the other for the fact, that sex-workers still suffer from insufficient regulations of their working conditions  – be it in terms of working hours, wages and rights. Here the project claims that in order to protect the rights of sex-workers policy implementation needs a critical reflection and monitoring to “rationalize” the measures.

4.) I found it interesting that the report shows that prostitution policies in Vienna runs the danger to produce forced mobility of sex workers – for instance through the registration process. Hence, registration might build an opportunity structure for further exploitation of sex-workers by forcing them to change places, to travel – and hence, to get victims of trafficking.

5.) Also, the project sees politics and policy implementation as processes of negotiating contradicting  interests of citizens – as for example the neighbors in the 15th district of Vienna who lobbied to stop street prostitution and the sex-workers claiming their work-place on the street. The implementation study reveals that sex-workers are deprived of basic rights to participate in policy processes, namely the right to organize, to get voice, to be heard in policy processes, which affect them. Hence, policies in Vienna should aim at encouraging sex-workers for organization and to create the structures and opportunities to get public voice but also the organizational power to negotiate with employers and proprietors of bars, brothels and Laufhäuser.

6.) The project shows that the policy field of prostitution is a multi-level-phenomenon and a policy field where different policy fields interact – as for instance migration, health, and public security. Prostitution policy is trapped in this complexity – especially when it is combined with the issue of trafficking in women. The report suggests to sort out clear aims for the different policy fields – that is not to use prostitution policy as a means to manage migration. Also, the aim to make sexual service invisible in the public sphere by zoning or by pushing sex-workers indoor has ambivalent consequences with respect to the agency of sex-workers – streets can be the better work-place than a bar or a Laufhaus.

7.) The report acknowledges that the attempts to include voices of sex-workers and of NGOs representing sex-workers in Vienna democratized policy formulation. However, the project suggests that also the implementation of the law should be monitored and supported by these groups. The report critically assesses that the implementation process is poor compared to the process of policy formation – for instance the working conditions of sex-workers through the licensing of bars and brothels is slow and sticky. Austria could learn form the Dutch monitoring system.

8.) Finally I would like to add another perspective on prostitution policy, which fits to the evidence based approach of this implementation study. Like the authors of the study I am convinced that an abolitionist and prohibitive approach is detrimental for sex-workers and moreover, such an approach will not help to abolish prostitution. Prostitution is not the oldest profession in the world – prostitution today part of the modern bourgeois heteronormative arrangement of capitalist societies, codified in marriage and family laws and institutionalized in the bourgeois notion of heterosexual, monogamous love. In order to abolish prostitution it needs fundamental changes in these institutions. This will also impact on general gender equality.