Sex workers and their trade union in the Netherlands 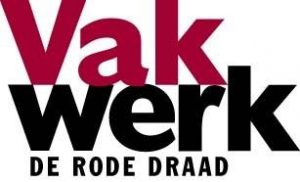 In 1999 it was seriously attempted to start a trade-union with the FNV.  The idea was not to fully merge into the FNV. Some issues could not be taken up by the FNV. The FNV could not for example take up the cause of ex- sex workers. But they could help with organizing sex workers and with lobby-activities with the authorities who had to deal with the legalization in the near future.

In 2000, a worker from the FNV, Dick Hamaker, was assigned to transform part of The Red Thread into a trade union. He took the matter at heart and started to write letters to the ministeries, spoke with sex workers to make an inventory of their complaints and furnished money to make flyers and posters. He also negotiated with the Tax Office. He also saw to it that volunteers and the staff of The Red Thread got a training as union officials. The field workers were trained in negotiating with brothel owners and were instructed in labor law.

On 28 June 2002 the trade union for sex worker was officially founded at the office of a public notary. The first task was of course the recruiting of members. Some members of political parties on the left helped with developing a strategy for this. One of the most important issues was the anonymity of future members. A secure e-mail system was developed.

Quite a few sex workers became a member. But some of the new members wanted an instant solution for a complicated issue, like the height of the rent of the windows. Sex workers who worked in the clubs and private houses, did not dare to pursue their complaints for fear of losing their jobs.

One day some sixty sex workers became a member. But they failed to pay the (low) fee. They were not the only ones. The trade union came financially in dire straits. A fund raising event did not remedy this.

The government refused to supply extra funding. It argued that it was not appropriate to fund trade unions, not even in the case of a group of workers that had never before had labor rights.

Around 2005, after having assisted in negotiations of Vakwerk and The Red Thread with the organizations of the managers of ‘brothels’ the FNV pulled back. Vakwerk continued as a pressure group with a spokesperson who worked voluntarily.