‘Over there, next to the Opera House, our first colleagues came ashore’ so told me an Australian sex worker during a rally to celebrate International Sex Workers’ Day in Sydney. ‘It is true, prostitution was not a crime you could get deported to Australia for, but nevertheless in 1789 the Lady Julia with 237 female convicts on board, among them sex workers, set sail to the antipodes.  (Hughes, 1988)

Between 1788 and 1852  24.000 convicts were deported, one out of seven was female. Twelve percent of these women were sex workers, but that was not the reason why they were banished from the United Kingdom. The female convicts were needed for their household skills, to keep the men from homosexual contacts and to refrain them from rebellious acts. And having convicts to sow clothes and to do the cleaning was a financial windfall for the colony. And of course the colony needed offspring. The hauling in of female convicts was preferred to recruiting Polynesian and Japanese sex workers.

Captain Arthur Phillip was in favour of marriages between convicts. Male convicts could rehabilitate themselves by marriage and would obtain a piece of land in the stride. The officers on the boats raised to the opportunity to handpick their future wives. Every sailor was allowed to cohabitate with only one woman. On instigation of the captain the women could receive a special license at their arrival. By boat the women went to Parramatta. Today it is a pleasant trip of about ninety minutes but at the time the women usually had stay the night on the boat. In the inns along the river or on their way they were supplied with booze, as to facilitate abuse. The women’s prison in Parramatta was filthy and small. They had to work in the clothing factory. Unlike the male prisoners they were not obliged to wear an iron collar, but shaving off their hair was a common and much hated punishment. They’d better find lodging elsewhere and shacking up with colonist was their best chance. However, when they got pregnant they were sent back to the factory.

The women were in fact the partners of the prisoners and were trafficked between the colonists and other prisoners. The famous architect Francis Greenway built a new prison, which also proved to be too small. It does not exist anymore. The women’s prisons were closed because these institutions did not help much in raising the birth rate. But some of these women preferred prostitution over a slave like existence in the home. The lively neighbourhood of the Rocks in Sydney became the hub of prostitution, crime and alcohol. 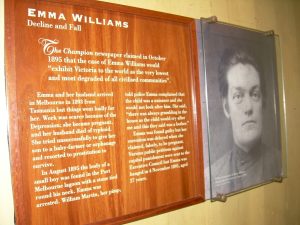 Due to Victorian bigotry the number of prostitutes was grossly exaggerated. Every woman who did not adapt to the strict moral rules was stigmatized as a prostitute. So it happened that Samuel Marsden who introduced the register of women noted down every woman who was not married according to the rites of the Anglican Church, as a concubine. That also affected Jewish or Catholic women. The journalist Henry Mayhew even contended that a woman who sleeps with only one man can be a prostitute. Though reluctantly women offenders were hanged and their past as a prostitute was highlighted in the police records.

From 1870- till World War I the authorities tried to clear the streets of sex workers. That may have been inspired by a phenomenon that also took place in Europe in those days. Middle class women ventured in neighbourhoods where they did not have access before. In Melbourne, for example, they roamed the shopping arcades that were built with money from the gold diggers. They should be able to ‘do the Block’ without being confused with prostitutes.

In 1891 in Victoria and in 1908 in New South Wales soliciting became an offense for the first time under the Vagrancy Acts. According to the law on Prisoners Detention of 1909 people with a STD could be detained. In 1909 a campaign was started to introduce CD Acts (Contagious Diseases Acts) after the English example. According to these laws single women could be picked up from the street and be forced to undergo medical examination. When found ill, or had become ill because of the very unhygienic research methods, they were locked up in a hospital. Not all the colonies were eager to introduce this way of fighting STD’s, for which incidentally, there was no cure as yet, as antibiotics were not around yet. Like in England, the Christians were active in fighting these laws because they were considered as facilitating state brothels. In Queensland the Christian Temperance movement was successful in fighting these laws. The resistance of the Christians did not stop the police however from ordering forced medical examinations. 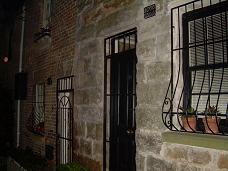 The house of Tilly Devine, a famous Sydney madame

At the onset of the twentieth century it became increasingly difficult for sex workers to work independently outside the brothel. Moreover, organized crime stepped in. Sex workers became increasingly subject to regulations. The mining town of Kalgoorlie abused their civil rights until 1970, only to avoid confusion between sex workers and normal women, in other words between the Madonna and the Whore. Sex workers were not allowed to shop after midday, to go to a restaurant, to a hotel, to a swimming pool or a cinema. (Frances, 1994)

At the end of the seventies and the onset of the 1980s of the twentieth century, like in other places in the world, sex workers in Australia started to unite. At the second International Whore Congress in 1986 in Brussels they were well represented. They had every reason to organize. First of all they had to cope with police corruption that made it difficult to work independently outside the brothels. Inside the brothels they had to deal with brothel owners who denied them the use of condoms. And those were the days that the aids epidemic became a big issue. And there were the regulations to avoid public hindrance that were medieval.

At the end of the eighties organized crime extended its activities in the sex industry by trafficking women to the Australian brothels. And one cannot expect a corrupted police force to fight this. The next decade a few influential reports were produced: the Fitzgerald Inquiry and the report by Marcia Neaves. The upshot was that legalization would stop organized crime investing in the business, money laundering would be prevented and exploitation of sex workers would end. Besides health care workers could get access to the brothels. There was some debate of some of the recommendations in the reports. The plan to register all sex workers was denounced by their organizations and there was some scramble about the size of the brothels. They should not employ more than ten women, which was a bit naive. Small size brothels would not have money to invest in clean working conditions. Besides, working conditions could improve and the brothels would be accessible to healthcare. Condom use was  ‘proof’ of the then criminalized prostitution. All this led to the Prostitution Law Amendment Act of 1992. Businesses should be registered and escort agencies should advertise with their registrationnumber of the Chamber of Commerce. Local authorities should develop guidelines for the sex industry.  And ‘known criminals’ could not be granted a license for running a brothel. The 1992 law made it possible for brothels to advertise. In 1994 the Sex Workers Law Reform saw the light. All laws should promote the safety and health of sex workers and protect their rights. 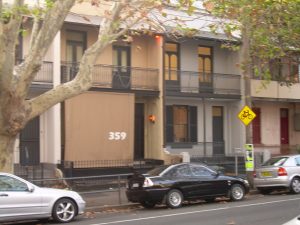 In 1995 in New South Wales the Disorderly Houses Act was passed, the first real decriminalization attempt ever. To avoid corruption, the checking up on brothels was no more a police task. The police can only act in the case of forced prostitution and sexual violence. But this law was only in force in the State of New South Wales. The first country to decriminalize prostitution nationwide was the Netherlands in 2000. Though there is literally a world of a difference between the two countries, the similarities of the prostitution laws are striking. One of the few differences is that the New South Wales brothels cannot show their presence conspicuously. You can only recognize them by their large housenumber, which make them as difficult to find as the famous Opera House in Sydney. This reform defined brothels as houses were prostitution is the principal activity. Local councils could regulate the brothels. The presence of one sex worker defines the place as a brothel. It is also legal to employ cleaners etcetera. It is illegal when the sex worker and the client is younger than eighteen.  An application must be based on one or more of the following criteria: first, whether the brothel is operating near or within view from a church, hospital, school, or any place regularly frequented by children for recreational or cultural purposes; second, whether the operation of the brothel causes a disturbance in the neighbourhood when taking into account other brothels operating in the neighbourhood or other land use within the neighbourhood involving similar hours of operation and creating similar amounts of noise and vehicular and pedestrian traffic; third, whether sufficient off-street parking has been provided if appropriate in the circumstances; fourth, whether suitable access has been provided to the brothel; fifth, whether the operation of the brothel causes a disturbance in the neighbourhood because of its size and the number of people working in it; sixth, whether the operation of the brothel interferes with the amenity of the neighbourhood. (Crofts, 2003) Since 1998  the Occupational Health and Safety Act applies to the sex industry.

Other parts of Australia

In Victoria the local councils determine the amount and location of brothels. The legal brothels there are overstaffed and sex workers complain about fines when they are too late. Victoria has a large illegal sector. In the Northern Territories sex workers are registrated by the police, a thing they are reminded of every time they are stopped by the police in the desolate roads of this semi arid land. The same holds good for the Australian Capital Territory, the country with the artificial capital Canberra at half an hour by plane from the major Australian cities.

The situation of sex workers 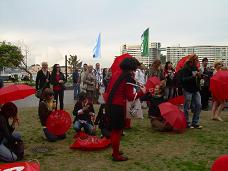 And how about the situation of sex workers? In any rate crimes against them have been reduced with 40 per cent. (Personal communication Maria McMahon). The labour inspectorate checks the places of they are clean, whereas in the Netherlands the labour inspectorate is the big absentee in the brothels. The Australian Tax Office is, contrary to the Netherlands quite slow. In Western Australia the Tax Office does not even bother to audit the sex workers. Like in the Netherlands the Tax Office considers the working relations as employment relations, whereas the brothel owners claim that ‘all their women are self employed’. Thus the sex workers don’t get paid the hours they are present, they still have to keep long hours and suffer the authority of the brothel keepers. There is a long fight ahead. The sex workers are trying to find out how they can pay the taxes without having themselves registered at all sorts of institutions.

Many sex workers prefer recruiting clients from the internet. Prices are quite low and the women don’t want to hand over large sums to the brothel owners. They also prefer to work at home, preferably with one other person for security. But local councils make this increasingly difficult. The council of Randwick, for instance, a suburb of Sydney, states that those businesses are only allowed when clients don’t call on the women. Other cities do everything to limit the number of brothels or even the number of persons that is allowed to work in one brothel.

And is police corruption a thing of the past? No, women report that they have to pay if they work at home. But still, there is one thing worse than decriminalization and that is criminalization. We think both the Netherlands and New South Wales have the best systems in the world. But to improve it, the two countries have to compare notes.