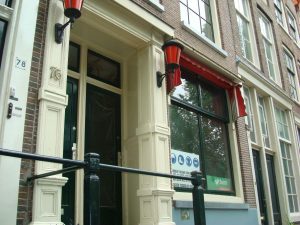 On 5 februari 2015 the mayor of Amsterdam announced that the municipality would try to find a way for sex workers to exploit some of the window brothels. At this stage it is not quite clear how this will be financed. As prices of the real estate where the windows are situated, have soared over the years due to the selling and reselling by shady people, no group of seks workers will be able to find the funds to buy or even rent the places. The last time an attempt like that was made, in 2008, 20 million euro had to be found to rent 50 windows.

Read a critical assesment of the Amsterdam prostitution policy by Laurens Buys and Linda Duits (sociologists).