The legalization of prostitution, a mistake? 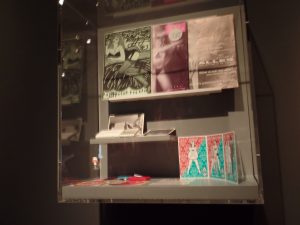 The Red Thread in Amsterdam Museum

In the Netherlands brothel keeping became a legal activity in the year 2000. Some journalists have interpreted this legal change as the legalization of pimping. That is not correct. Pimping in combination with exploitation, deception and violence has always been considered a crime, also after 2000. The idea behind the repeal of the ban on brothels was that brothels would become ‘normal’ businesses and that brothel keepers should behave as ‘normal’ employers and could no longer set their own rules.

And was this goal achieved? Nowadays many people, will say that the legalization operation has failed. The position of sex workers has not improved and exploitation is rife. But in the long run I do see some improvement, but this has not been accomplished overnight and the improvements were not spectacular. For example, during the eighties and nineties in the twentieth century a working day of twelve hours was considered normal. As a sex worker told me in 1988:

The boss demanded more and more of me. He would like me to work 12 hours a day, six days a week. He also wanted me to work on national holidays. I told him, when my daughter comes to stay with me, I won’t come to work. He got angry when I told him I was going on a four week holidays. He thought a fortnight should be enough.

Another woman who worked at the time:

I notice that my colleagues work day and night. When the brothel owner demands a striptease act, they comply. Some girls live in the brothel and go to bed at one o’clock. When a client arrives, the boss wakes them up, even when it is two o’clock in the morning.

Nowadays a sex worker can complain if he/she is forced to work long hours. A brothel keeper can put his licence on the line. Another complaint was that sex workers had to do the laundry and the cleaning, without receiving extra pay for this.

In the twentieth century, it was impossible to work in more than one brothel, let stand alone to combine sex work with a different kind of work. Now this is quite common.

In 1996 a sex worker told me that in the club where she worked the women had to pay 10 guilders (approximately 4 euro) if they left their cigarettes in their rooms or when they had broken something.

Another complaint concerned the frequently imposed dress code, like the wearing of suspenders, bathing suits or topless. Since 2000 brothel owners can’t impose fines any more.

In the eighties and nineties there were no mandatory medical check-ups but often, especially in rural areas, sex workers were  dependent on so-called ‘club’ doctors. Not all of them acted professionally. For instance, they often breached the patient confidentiality. After the legalization, many of these doctors became obsolete, or had to meet strict standards. Besides in most city sex workers can have qualitative good and free checkups at the municipal health service.

Since 2000 sex workers have a right to choose their own doctor. Before that, they were often forced to accept the doctor the brothel owner had chosen. At the samen time hygiene and fire-safety have also improved.

At the end of the eighties the sex workers in the more luxurious clubs were forced to ignore the condom. If they would insist on condom- use, they ran the risk to have no clients assigned to them. It was also not done to refuse unwelcome clients and sexual acts. Now it is – in any case on paper-  a right of sex workers to refuse clients and to perform sexual acts with which they are not comfortable.

Moreover ‘the boss’ had to refrain from having sex with his ‘employees’, as this was considered sexual harassment on the workplace.

Before 2000, pimps and traffickers were active in the Netherlands. They still are. But this phenomenon was not so highlighted as it is today. But in recent years the Dutch police has been more alerted on trafficking and pimping with the use of violence, threats and deceit.

It is true, the results did not rise to the expectations. The national government remained aloof. They thought the trade unions would take over. That did not happen. Moreover municipalities became omnipotent in the implementation of the decriminalization and chose a very conservative approach. A detailed analysis on this and other issues you will find in a book tpublished in April 2016, Designing Prostitution Policy, (Policy Press, Bristol). Authors Wagenaar, Amesberger and Altink.